Timeline Comunicações Artísticas is an audiovisual production company created in 1993 in partnership with TVN Comunicação e Imagem. With over 30 years of experience in the market, Timeline has always sought to invest in new technologies:
• we created the first CDROM with multimedia resources in Brazil.
• we were the first to use non-linear editing for high-end TV shows in Brazil.
• we sell 3D virtual scenarios with continuous animation over the Internet.
• we broadcast live events over the Internet.
• we concluded the 1200 telecourses of the Roberto Marinho Foundation Telecourse.
• we inserted closed caption and LIBRAS in all Telecurso.
• we produce applications for iPhone and iPads.
• we index streaming videos on servers with our own software.
• we invented and manufactured the Smart TP: lightweight teleprompter attached to the camera lens for iPads.
• 2D and 3D computer graphics animations.–

Our values
Be at the forefront of audiovisual production, producing videos and solutions that delight customers. With a clear and objective communication, we try to understand the demands of the market. With each project, we commit ourselves in a human and integral way to innovate and guarantee a commitment to quality and agility. 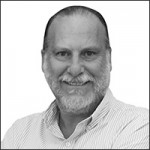 Electronic Operational Engineer graduated from UFRJ. Communication and Journalism by Faculdade Santa Úrsula RJ – São Paulo – Brazil.
He worked for 18 years at Rede Globo RJ – Brazil as editor and producer of events and journalistic programs.
For 5 years he was Operations and General Director of Abril-Vídeo, of Editora Abril, in São Paulo, Brazil.
He founded Timeline in 1993, which has been working in new media ever since: teleaulas for open TV; webcasting broadcasts over the internet; e-commerce of customizable virtual scenarios; applications for smartphones and tablets; 2D and 3D animations; corporate videos and programs for open and cable TV. 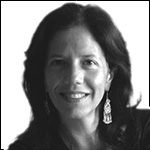 Graduated in English Language and Literature at PUC-SP. He coordinated the Audiovisual Laboratory for 9 years.
She was a photographer and photo editor for the newspaper O Estado de São Paulo for 4 years. Worked as a photographer
in Gula Magazine. He did several jobs for advertising campaigns. Wrote two books “Receiving without Stress”
and “Happy Holidays without Stress”. She is a contributor to the Stockfood International image bank.
He founded Timeline Produções Artísticas in 1993. 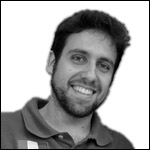 Graduated in Advertising at the Anhembi Morumbi University, he studied Computer Science at USP. New technology enthusiast took a course in 3d Unlimited at Cadritech, After Effects at DRC, photography at Canon College, works mainly with editing and finishing, specializing in Motion Graphics.
Since 2007, he has been working at Timeline as a managing partner.